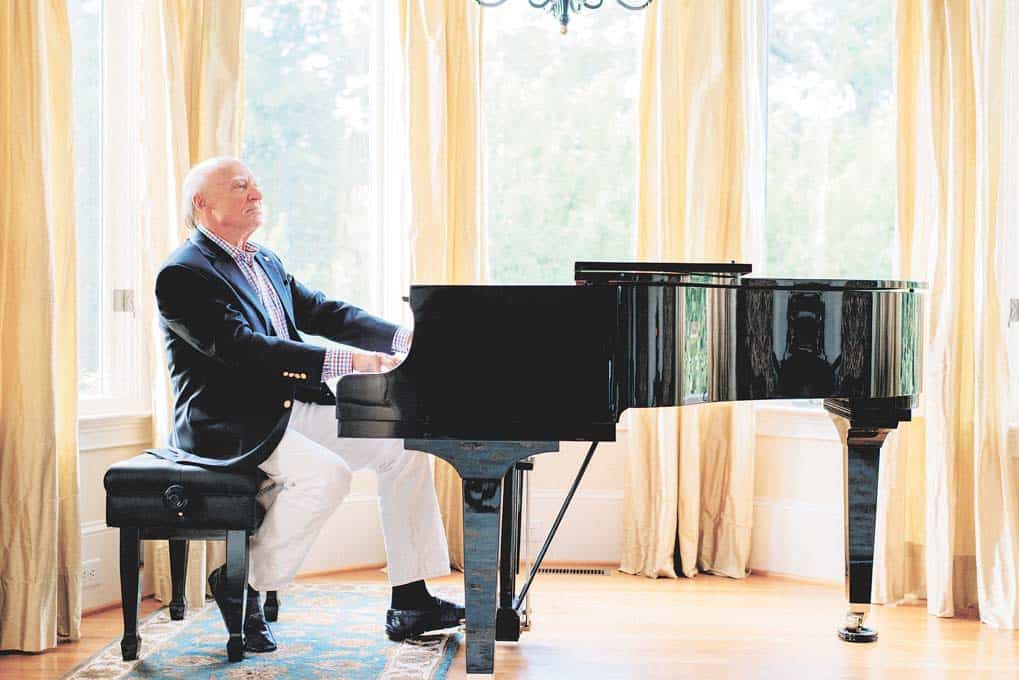 Edvard Tchivzhel’s defection from the Soviet Union had all of the makings of a Cold War spy movie, from clandestine calls from pay phones to escape the ears of KGB agents planted inside the Soviet State Symphony Orchestra to a thrilling car chase to freedom.

But while the lives of Tchivzhel and his family changed drastically since he left his homeland, Tchivzhel said Russia has not.

“When the Soviet Union collapsed, people thought it would be the end of communism,” he said. “Unfortunately, it’s an infection that was not completely stopped. The roots of communism are too deep in Russia.”

At the time of his defection, Tchivzhel was associate conductor of the USSR State Symphony Orchestra, a position that afforded him acclaim at home and the opportunity to travel across Scandinavia, Europe and Australia. After each tour, he had to return home to the Soviet Union where everything happened by permission of the government

“I was unhappy with the slavery in Russia. It was like you were in prison,” he said. “You were not master of your own life.”

That life was tough, too. Store shelves were often empty and people waited in long lines when they weren’t, said Tchivzhel’s wife, Luba.

“You’d get 500 grams of meat a month. It would last two weeks. We didn’t know if there would be milk for our child to drink,” she said. “People have to be in that environment to understand how you’re oppressed. Unless you’ve lived it, you just don’t know.”

But Tchivzhel defected for more than bread or milk or freer travel.

“Feeling one way and living another, being told to think one way and believing the opposite is difficult. I knew life was hypocrisy. The Soviet Union was one of the worst places to be, but you had to pretend it was the best one.” His hatred for the government ran deep. Stalin executed his grandfather for being an alleged Latvian spy. 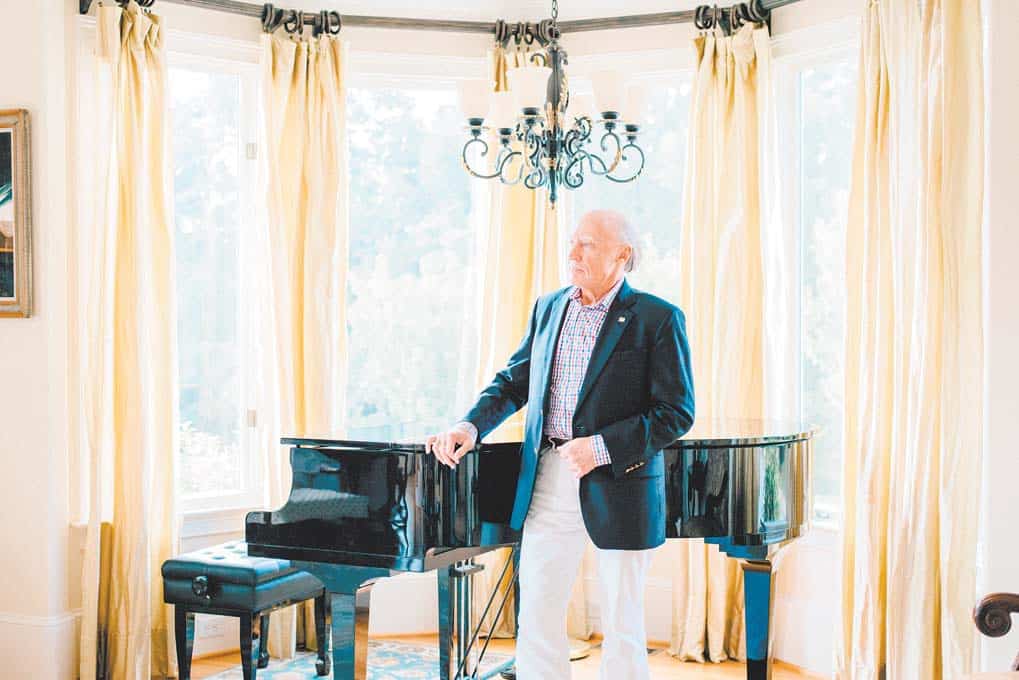 Tchivzhel could have defected during one of his earlier tours, but there was a problem. He was never able to take his wife and child with him. “The government used family members as hostages so you’d come back,” he said. Losing his whole family forever was a cost Tchivzhel wasn’t willing to take.

But when a government official suggested he take his family on the month long American tour at his own expense, he knew his family had been offered an unusual chance. They didn’t talk about their defection with their parents, family or friends. They only discussed it when they were outside of their home in case their home was bugged.

As President Mikhail Gorbachev’s initiatives for restructuring and openness grew, so did the Tchivzhels’ concern that permission to travel as a family during the U.S. tour would be withdrawn. Fortunately for them — and Greenville — it wasn’t. 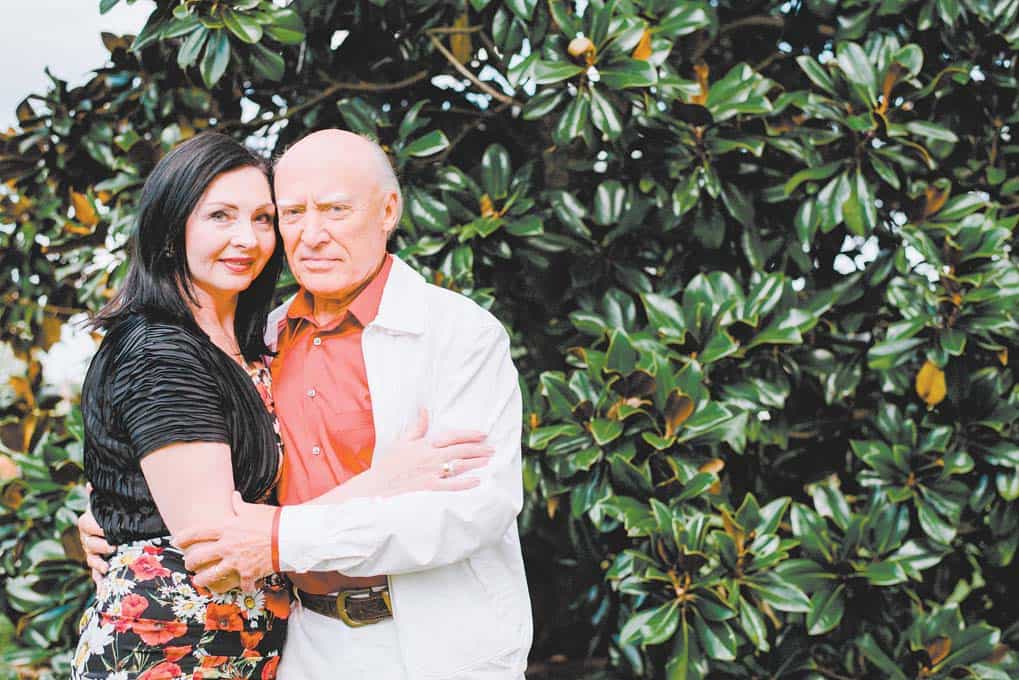 The night before the Greenville orchestra concert that would open the Soviet orchestra’s 24-city North American tour, Lena Forster, a Russian ballerina who was general manager of the Greenville Ballet, took the Tchivzhels to Chuck E. Cheese’s for dinner.

As music blared and video games beeped, Luba Tchivzhel asked Forster if she would help them defect. “I could tell [Foster] was a nice person by her eyes,” she said. “She felt like my sister, not somebody I had just met.”

When her husband found out later what she had done, he was furious because he thought Forster could have been a KGB agent. An hour later, there was a knock on the Tchvizhels’ hotel room door.

“That was a very scary moment,” he said. Fortunately, it wasn’t the KGB at the door. It was somebody from the Greenville Ballet.

The next night in Charlotte, Forster told them she had talked to lawyer Larry Estridge, whose practice was in commercial real estate, and he agreed to help. The rest of the tour meant secret late-night phone calls by Tchvizhel to Estridge through Forster, all from pay phones in order to not be overheard by KGB agents who accompanied the orchestra.

Tchivzhel tried hard not to raise suspicions, although his decision to rent a Jet Ski at a Miami beach could have ruined his plan. The ride cost $30, one day’s per diem for the musicians, for 15 minutes. “The other musicians thought, ‘How stupid. How wasteful.’ Fortunately, it didn’t raise suspicions. I was more careful after that.” 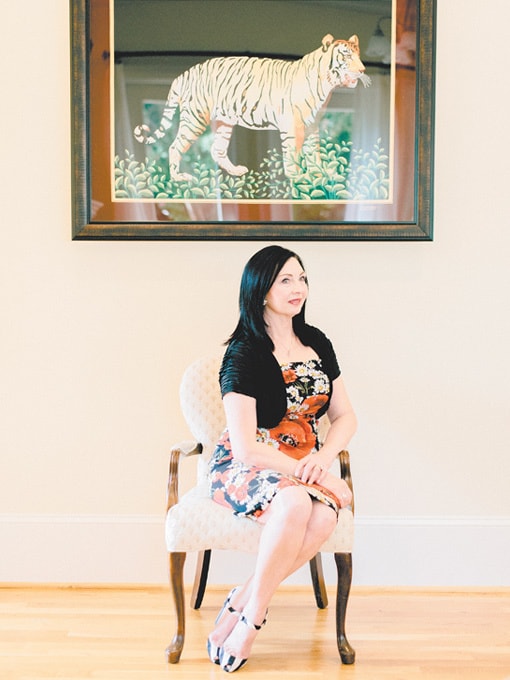 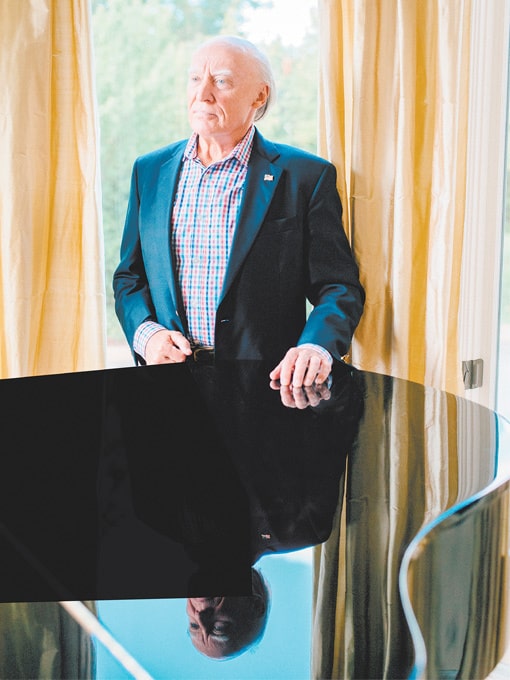 Finally, the Tchivzhels’ journey to freedom ended at a Washington, D.C., airport. The orchestra arrived after a concert in Long Island. Six FBI agents were there to take him away in a three-car caravan. Against the wishes of the FBI, Tchivzhel first said goodbye to the musicians, telling them he was going to visit friends.

The FBI gave Forster a ribbon to wear on her sleeve. When she asked why, she was told that if something went wrong, the FBI would know who to shoot and who not to shoot.

“I think that was the first time she didn’t think it was a game,” Tchivzhel said. 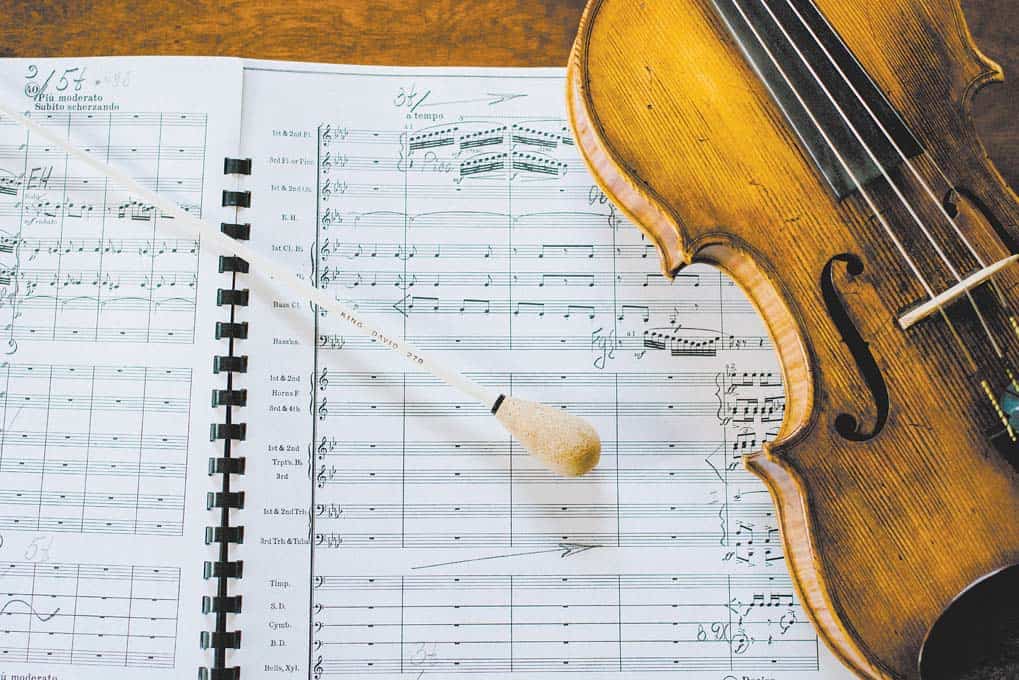 Original plans called for the caravan to go to an immigration office in Washington, D.C., but when the KGB followed, the agents decided to divert to an immigration office in Baltimore, a 40-minute drive, instead. That’s where Tchivzhel applied for political asylum saying his life was in danger. Estridge helped get a unflattering comment by Tchivzhel published in an obscure agricultural publication to prove his life was in danger.

The FBI gave the Tchivzhels two options while they waited for the U.S. government to decide whether to grant them asylum. They could stay in a hotel with FBI security or they could stay with Forster at her home in Simpsonville. They decided to wait in Greenville County.

Tchivzhel’s main concern was getting a job. He applied for three and accepted the first one he was offered as conductor of the Fort Wayne (Ind.) Symphony Orchestra. He had also applied for jobs in Charlotte and Columbia. “I couldn’t take the risk [of not accepting the Fort Wayne job]. At the time, Fort Wayne was a bigger and stronger orchestra than Greenville.”

He was appointed conductor and music director of the Greenville Symphony in 1999. He resigned from the Fort Wayne orchestra in 2008.

“I owe Greenville. I felt I had to give more back to the great city that helped us so much,” he said. 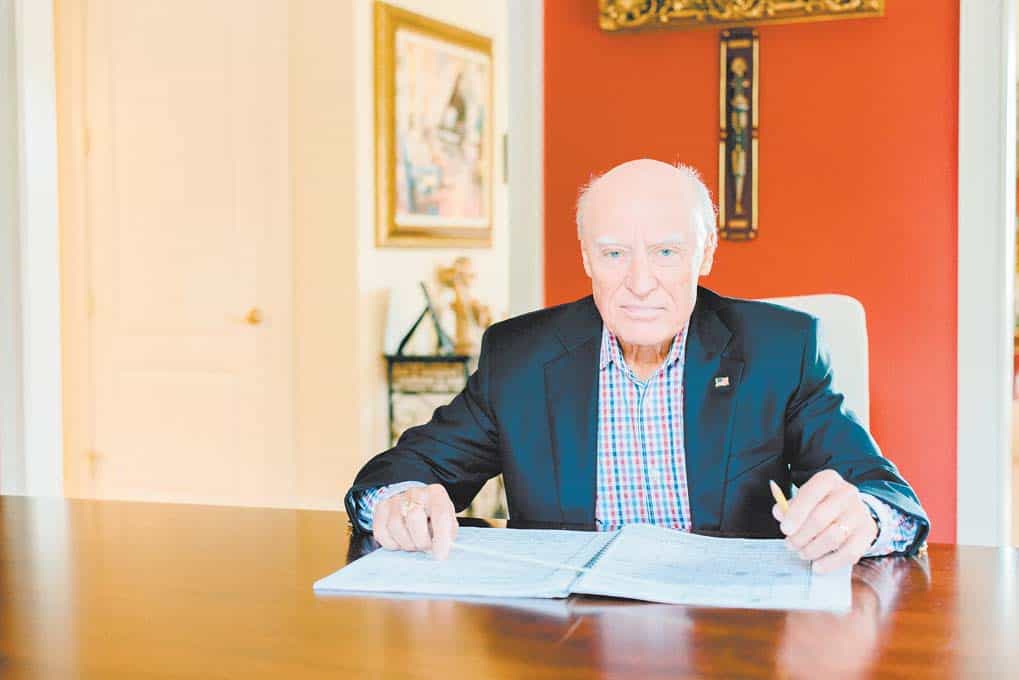 Tchivzhel said he sees Russia sliding back to its Communist past.

“They say that Gorbachev was a criminal who destroyed the Soviet Union,” he said. He said Russia’s turning up the heat in the Ukraine isn’t surprising to him because Vladimir Putin is KGB.

“Stalin is more and more iconic for Russia. They are building statues for him. They want to go back to his rules,” Tchivzhel said.

While there is more freedom in Russia than before he left, that freedom has become less and less.

“The mentality is very much the same,” he said. “To exist, they neglect the life conditions of the Russian people. In Russia, they don’t care that there’s not much food and there’s a really harsh daily life. It’s more important to be strong. That Russia is strong enough to kill everybody gives them pride. They create slaves who are proud to be slaves.” 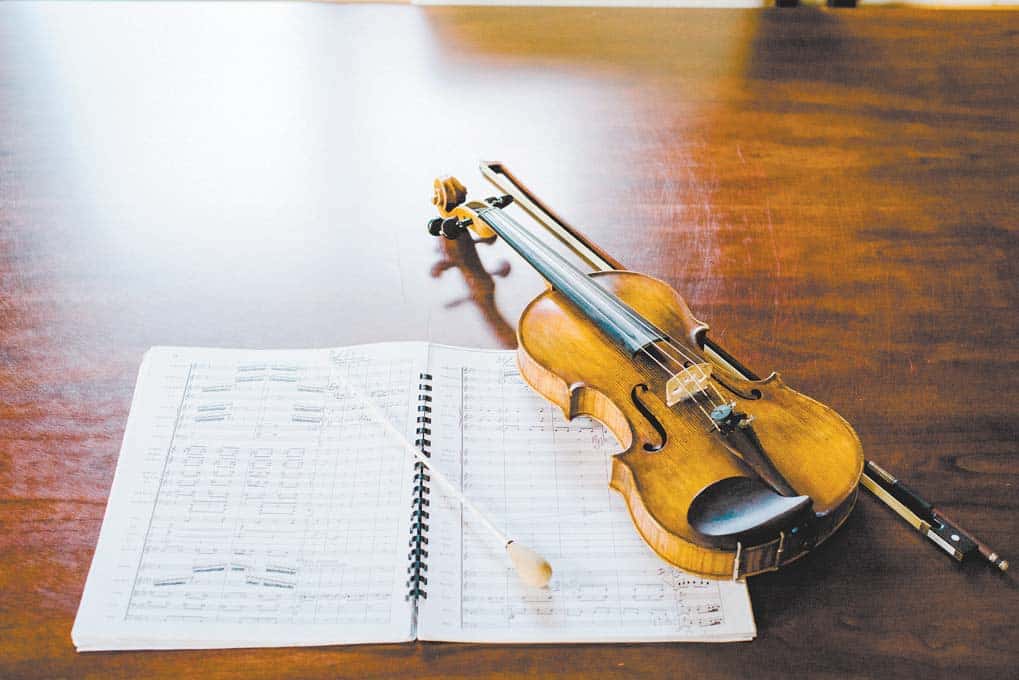