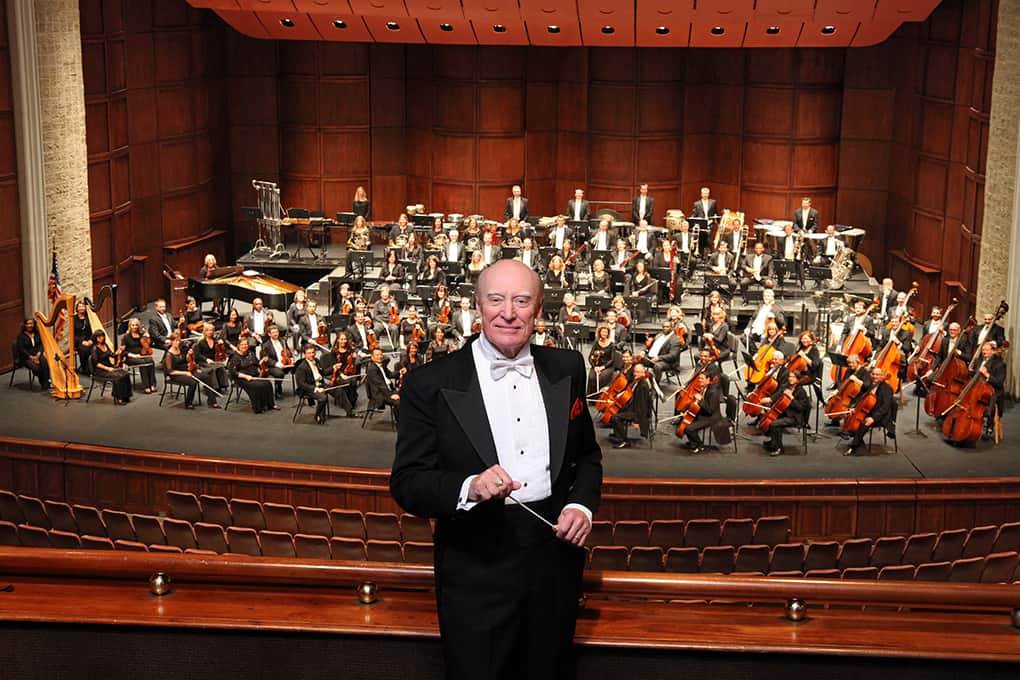 Trying to get Edvard Tchivzhel to talk about the highlights of the Greenville Symphony Orchestra’s upcoming 70th season is more or less impossible, because for him, the whole season is a highlight.

“Beethoven is of course one of the most beloved and well-known composers in the world, and we’re proud to present an entire evening of his music,” the maestro says. “He’s such a powerful composer and we’re thrilled to feature Dmitri Levkovich as a piano soloist, who is back by popular demand from last year.”

Which immediately reminds Tchivzhel of the fourth Masterworks performance, which will feature the gold-medal winning finalist in the 2017 Van Cliburn competition, South Korean pianist Yekwon Sunwoo, who will be playing compositions by Brahms and Rachmaninoff.

And those might seem like the obvious high points of the series, but the maestro is just as excited about the final Masterworks performance, which is called “The Majestic Verdi” and will combine the GSO with Greenville Chorale.

“It’s an amazing combination of a huge orchestra and about 120 voices,” Tchivzhel says.

We managed to move on to the Chamber Music Series, which will take place in the Peace Center’s smaller Gunter Theatre, and Tchivzhel is, you guessed it, excited by the prospect of a more intimate performance space.

“Gunter Theatre as a special place to perform chamber music,” he says. “It’s a smaller house of about 400 seats, and I speak to the audience from the podium and give them some insight on the pieces we’re about to play. So it’s kind of a conversation with the audience.”

The maestro is most looking forward to the Oktoberfest performance in the Chamber Music Series, which will feature material by Beethoven, Weber, Mendelssohn, and Strauss, along with a free Thomas Creek beer tasting after all three performances.

But wait, there’s more to talk about in the Chamber Series, most notably the all-Mozart “Magic Flute and Harp” program, which will feature the GSO’s flautist Caroline Ulrich and harpist John Wickey, not to mention a little contest from Tchivzhel himself.

“After each Mozart concert, we’ll play a surprise piece,” he says. “I’ll give clues about what it is during the show, and those who guess right will win two free tickets to any future GSO concert.”

Then there’s the small-ensemble Spotlight Series, which this year will take place at the Fellowship Hall at First Baptist Greenville. “It’s a very nice new venue for us with much more parking and we welcome everyone,” Tchivzhel says.

The new “Pops” series will feature a Halloween-themed show with a return appearance by the Cirque de la Symphonie, a troupe of acrobats who will perform death-defying stunts all around the orchestra during the performance.

“We’ll be playing all spooky, scary music from famous movies and Broadway,” Tchivzhel says, “and there will be performers in front of the orchestra doing acrobatic feats in front of us, flying and jumping and creating even more frightening situations. For those who missed our collaboration with them last year, they’re amazing acrobats, and many people have asked for us to bring them back.”

Overall, it’s a strong series of shows that Tchivzhel hopes will serve the GSO’s 70th anniversary well. “I really think this season is more exciting than ever,” he says. “We’ve really broadened our horizons and I hope everyone will find something to enjoy.”