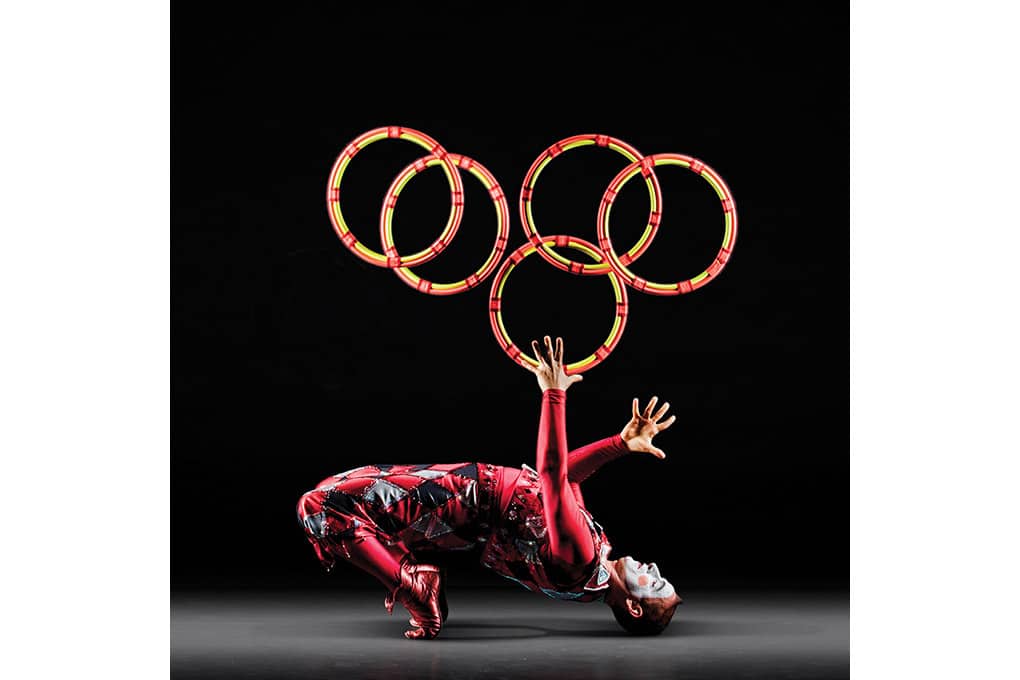 The Greenville Symphony Orchestra will be playing some of the best-known classical pieces in the world during their final Masterworks performances of the season this weekend. You’ll hear Ravel’s “Bolero,” Wagner’s “Ride of the Valkyries,” Saint-Saens’ “Danse Macabre,” and many all-time favorites during the two performances. But don’t count on keeping your eyes on the orchestra while they’re playing. Leave that to your ears, because there will be thrilling acrobatics going on all around the GSO for the entire performance.

The orchestra will be accompanied by the Cirque de la Symphonie, a collection of some of the greatest aerial flyers, acrobats, contortionists, dancers, jugglers, balancers, and strongmen in the world. During the pieces, they’ll be flying through the air or hurling themselves across the stage in time with the music, performing dazzling aerial stunts and logic-defying feats of strength. The program will include various aerial features including rope and strap performances, a magic act, a giant-sized wheel with a performer inside, ring jugglers, and more. 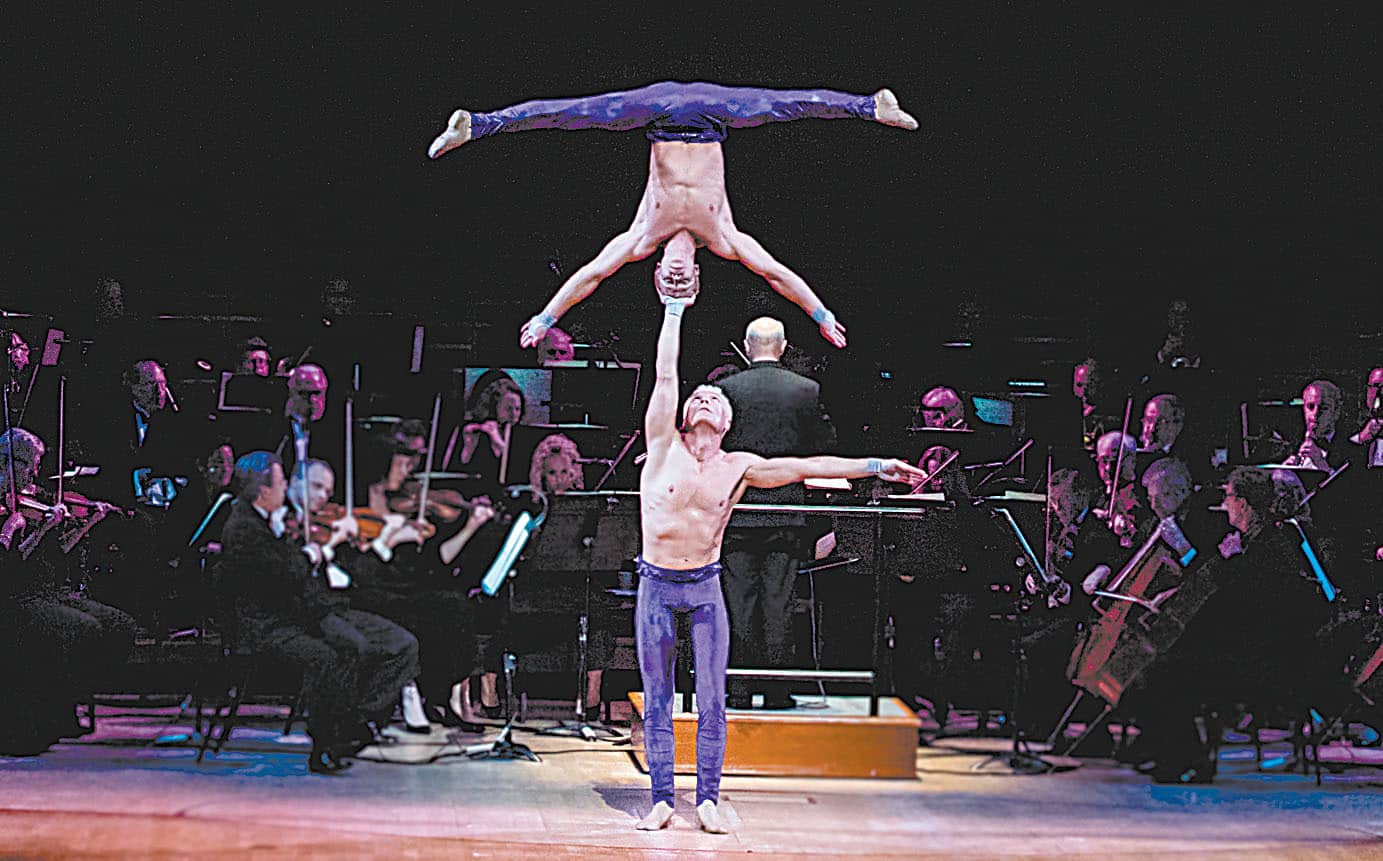 It’s the first time that the Cirque has come to Greenville to perform with the symphony orchestra, and Tchivzhel’s excitement is audible as he talks about the combination of sights and sounds. “All the great emotional experiences of the music will be doubled by choreography, and it’s really amazing,” he says. “This team is all world-class champions in acrobatics or gymnastics; they’re all exceptional people. I think it will be a brilliant show. We’re really looking forward to this.”

The group has been performing with orchestras all over the country, but it’s not the same collection of music every night. They allow the orchestras to choose from several different combinations, and it was a task that Tchivzhel easily embraced. “I chose the most exciting music,” he says, “‘Carmen’ by George Bizet, ‘Capriccio Espagnol’ by Rimsky-Korsakov, Wagner’s ‘Ride of the Valkyries,’ all kinds of the most popular tunes. It’s a broad selection of short brilliant pieces from the classical repertoire. So even if we played the music without the circus, it would be a great musical evening. But it will be twice as exciting with the acrobats. It will be reinforced by this great ballet of gymnasts.” 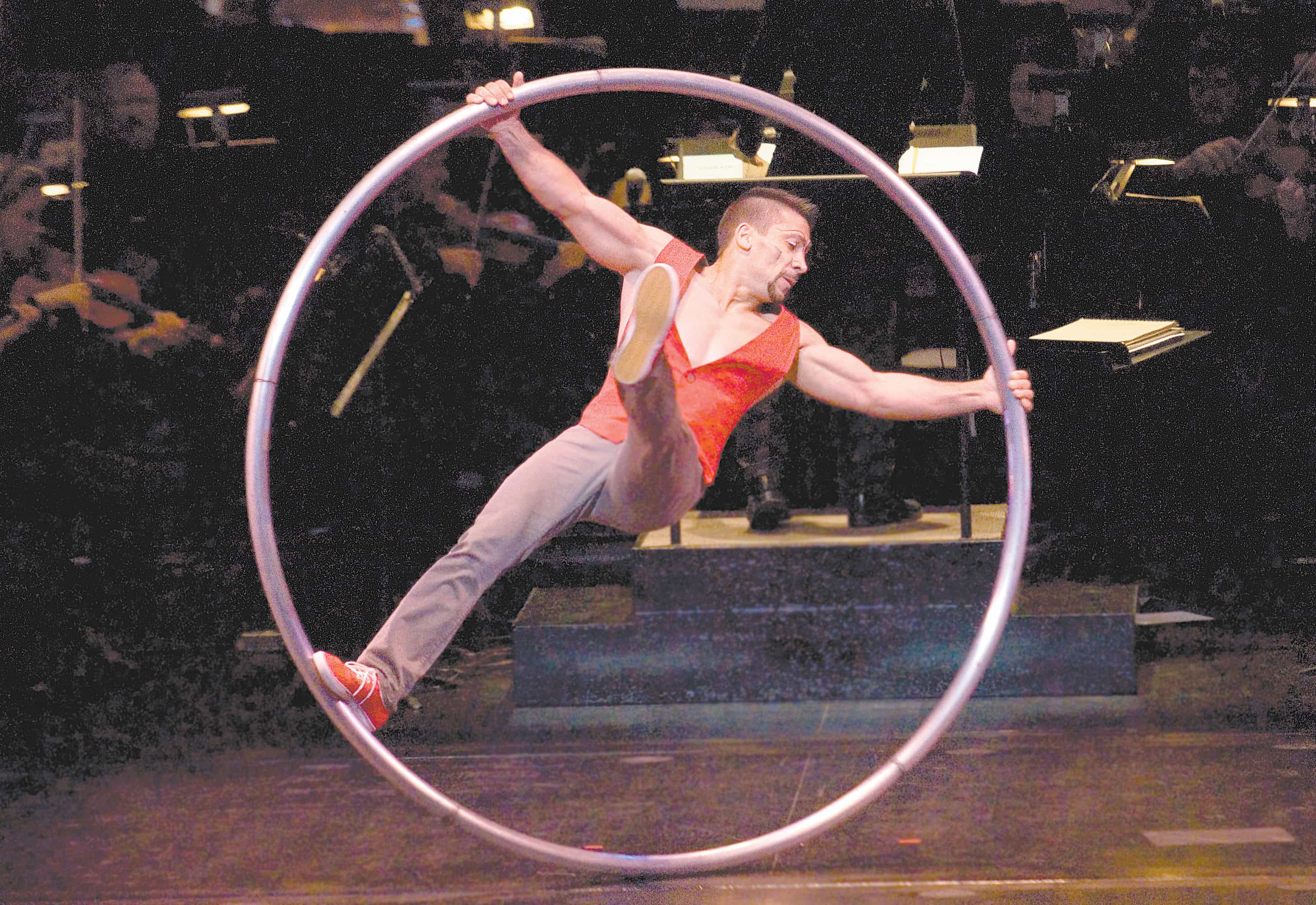 Phil Elkins, the director of operations of the GSO, says that they decided to bring Cirque de la Symphonie to Greenville not just because of the thrilling acrobatic feats, but because the musical program was a perfect mix of classical favorites as well. “The first consideration was the appeal of the music,” Elkins says, “and then that the pairings with these visual acts that are quite stunning. They’ve had a tremendous amount of success with other orchestras throughout the region, and we just thought it would appeal to our audience a great deal.”