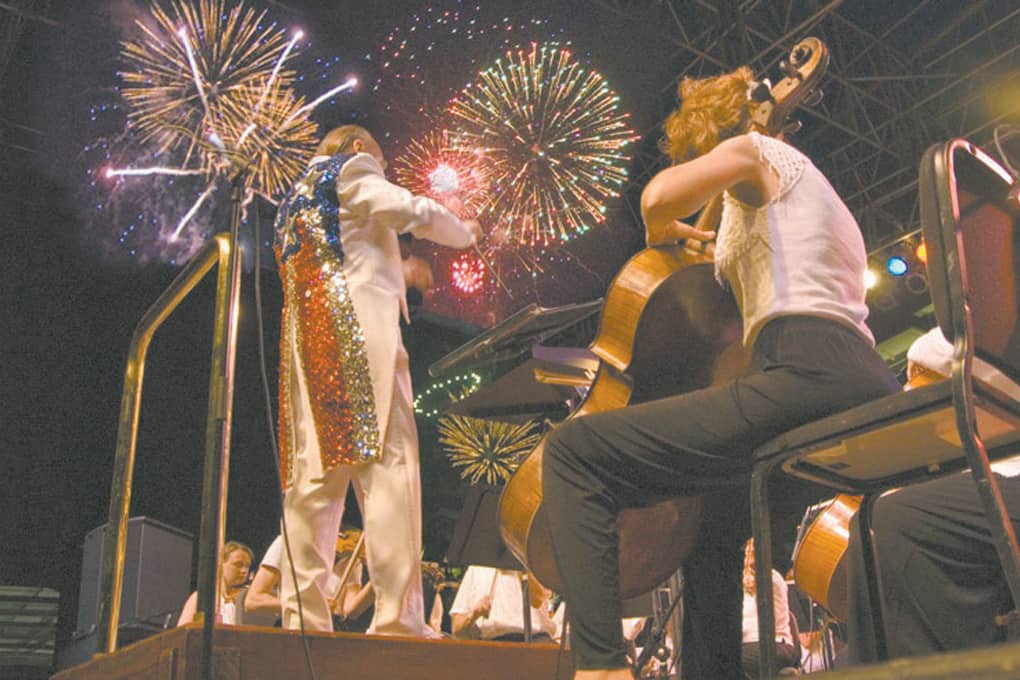 Independence Day has had a special meaning for Greenville Symphony Orchestra maestro Edvard Tchivzhel since his defection from the Soviet Union 25 years ago.

This year, Tchivzhel will once again get to celebrate with thousands of others during a Greenville Symphony Orchestra concert at the Charter Spectrum Amphitheatre in Simpsonville’s Heritage Park as a part of the city’s Independence Day festivities on July 2.

The concert is free and gates open at 5 p.m. The Independence Day celebration, sponsored by the City of Simpsonville, Greenville County and the Greenville Hospital System, begins at 6 p.m. and includes military vehicles, a military jump team and a flag retirement ceremony by the Boy Scouts.

The hour-long GSO concert will feature pop and country numbers and patriotic songs. It concludes with Tchaikovsky’s “1812 Overture,” including a cannon barrage, and an 18-minute fireworks display to John Philip Sousa’s “Stars and Stripes Forever.”

An Independence Day concert has become a tradition for the symphony, first at the amphitheater behind the Peace Center and then at Simpsonville’s Heritage Park. It took a one-year hiatus last summer.

“For me, Independence Day has a very special meaning,” said Tchivzhel.

In years past, the concert was a ticketed event and drew several thousand people. With admission being free this year, organizers expect even more to attend. The amphitheater holds 14,200.

“There is really nothing like it in the region,” said Andy White, interim executive director of the symphony.

Organizers say attendees can bring chairs and blankets. No outside food or drinks will be allowed. Food and drink vendors will be on site.